Opinion of a physician

On 4 November 2011, a gynaecologist diagnosed patient J. R., born 1990, with pregnancy using sonography. In addition, a myoma sized 8x7 cm was detected. The gynaecologist recommended an abortion, because such a large myoma did not make it possible to carry a healthy baby to term.

Based on a mammographic examination, the patient was recommended a biopsy of breast.

A patient diagnosed with infertility – she rejected the in-vitro insemination after 3 years of unsuccessful attempts to get pregnant in the natural way.

Published with a kind consent of Pavel Nyvlt, M.D., N.D 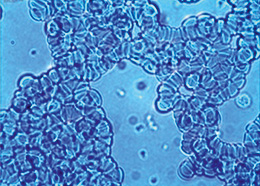 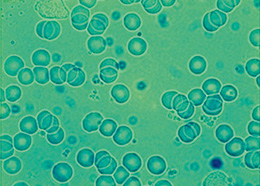 55 years, diagnosis: decompensated type 2 diabetes, collapse condition, fainted, brought to a hospital, diagnosed with diabetes. Released from hospital after an infusion therapy, feeling very bad and weak. She feels like fainting again. Blood withdrawal at the office of dr Nyvlt. Four deaths in the family within one year. Including a death of her daughter at the age of 35 years from breast cancer. Her partner broke up with her shortly after the funeral. This was an immediate cause of her collapse.